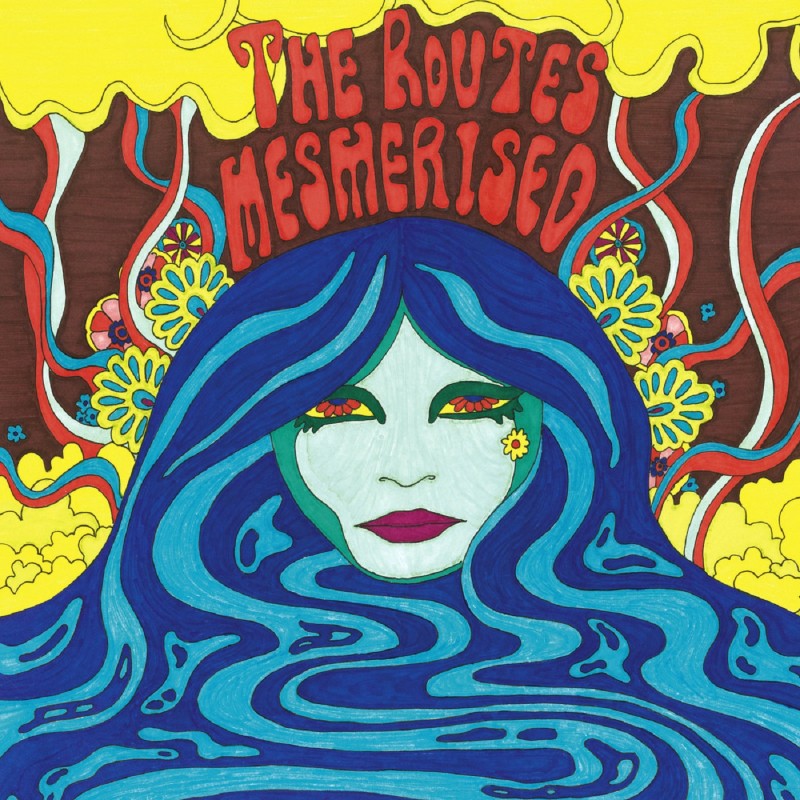 “Mesmerised” is the newest LP by The Routes, the group helmed by Scots-born, Japanese-dwelling guitarist, vocalist and songwriter Chris Jack. This also happens to be the eighth long-playing record to bear the group’s name; one that has been steadily growing in stature and stamina since their earliest outpourings more than ten years ago. “Mesmerised” is also one of the most powerful statements of sixties-influenced, modernistically executed garage beat rock’n’roll. On this brand new collection Chris is joined by two names familiar to Routes aficionados, drummer Bryan Styles who can be heard on 2019’s Tune Out, Switch Off, Drop In (and also on Miles To Go the exceptional solo LP Chris recorded most recently for Action Weekend) and bass player Toru Nishimuta who, aside from also appearing on Tune Out… played on the group’s 2007 debut Left My Mind.

The recordings were undertaken in both Japan and England, and mixed and mastered by Chris Jack. As Chris is a major fan of Guided By Voices, Courtney Latta (who designed GBV’s “Mirrored Aztec” album cover) was brought on board to create the cover for “Mesmerised”.

‘Broken Goods’ kicks the proceedings into play in fine DIY garage style with added moves redolent of late 70s legends the Fall and Wire. ‘Society’ then takes us back to perhaps more familiar territory; ie US teen punk from the sixties, but here in collision with a more British-sounding freakbeat-style attack. As the set progresses it’s this kind of ping-ponging between the two eras as defined above which will most clearly be heard in the listener’s head – the mid-sixties garage beat rush that The Routes are renowned for… crashing headlong into the immediately post-Pistols scene indicated by the generous stramash of indie-punk noise making that’s heralded by such serrated-edge cuts as ‘Two Steps Ahead’, ‘I’m Sorry’, ‘Used To’ and not forgetting the Television guitar leads and Soft Boys meets Syd Barret-era Pink Floyd vocals of the gorgeously wide-eyed title track. All this and more takes its main inspiration from the likes of the Chocolate Watchband and the Calico Wall on the one hand and – apart from the already mentioned names – Spacemen 3, Guided By Voices, the Pastels and Country Teasers on the other.

With “Mesmerised” Chris, Bryan and Toru have made a remarkable album that’s as high on energy as it is routed in verve and vitality. The songs tackle a variety of sounds that are fresh on their minds and they utilise a variety of different styles, all to good effect; the subject matter for one or two will no doubt be apparent in what for us all has, obviously, been a year like no other; lockdowns, loneliness, isolation, rules and unprecedented restrictions. But now let Japan’s the Routes take you off into a real fun place with this great, truly memorable new album, driven by the triple-barreled attitudes of garage, beat and punk!