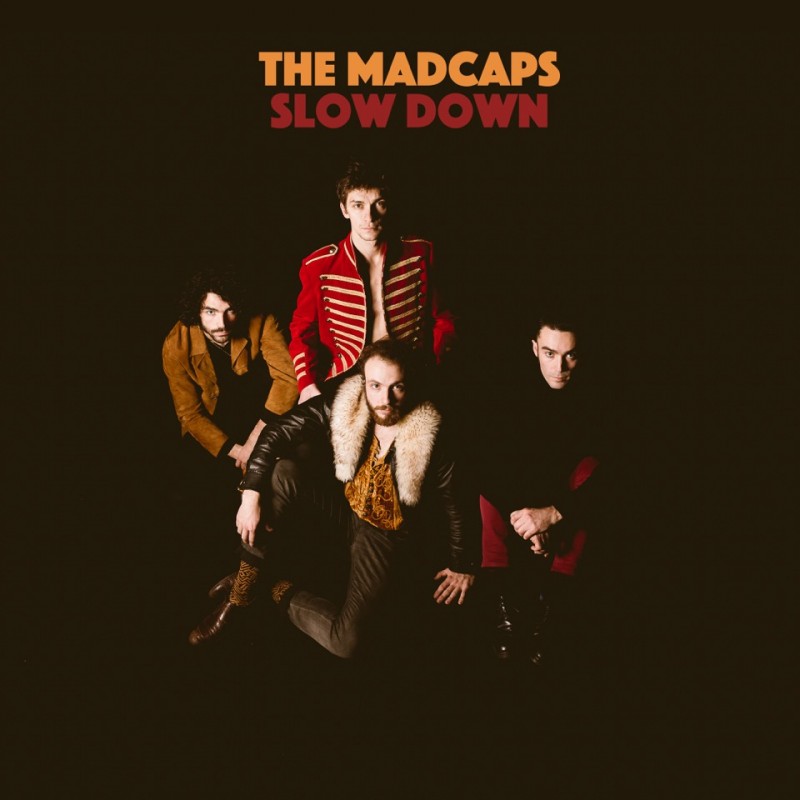 It’s now three years that the Madcaps have been roaming France and its neighboring lands with their pearly, Italian guitars and their champagne old drums. With 150 shows under their belts, they managed to save up enough to head back to Kerwax recording studio, analog Mecca of Western France. While there they churned out their third album, Slow Down, recorded live with all four Madcaps together in the same room, all in an effort to capture on wax the energy from six months of touring that shaped this album.
If the first two albums were more the brainchild of lead singer Thomas, Slow Down evens things out with Bastien and newcomer Wenceslas asserting themselves as both singers and songwriters. Despite personnel changes and new musical directions, the Madcaps have never sounded more unified. They continue to gouge out their own particular rock and roll groove while leaving behind the adolescent garage of their beginnings. The pop melodies are still there, but the songs are more stripped down and spacious, leaving room for horns, piano, organs, congas and acoustic guitars, hitting by turn shades of rhythm and blues, soul, country western, and even calypso.
Slow Down will be available on CD, vinyl, and for download March 31st on Howlin Banana, Beast, and Bickerton Records