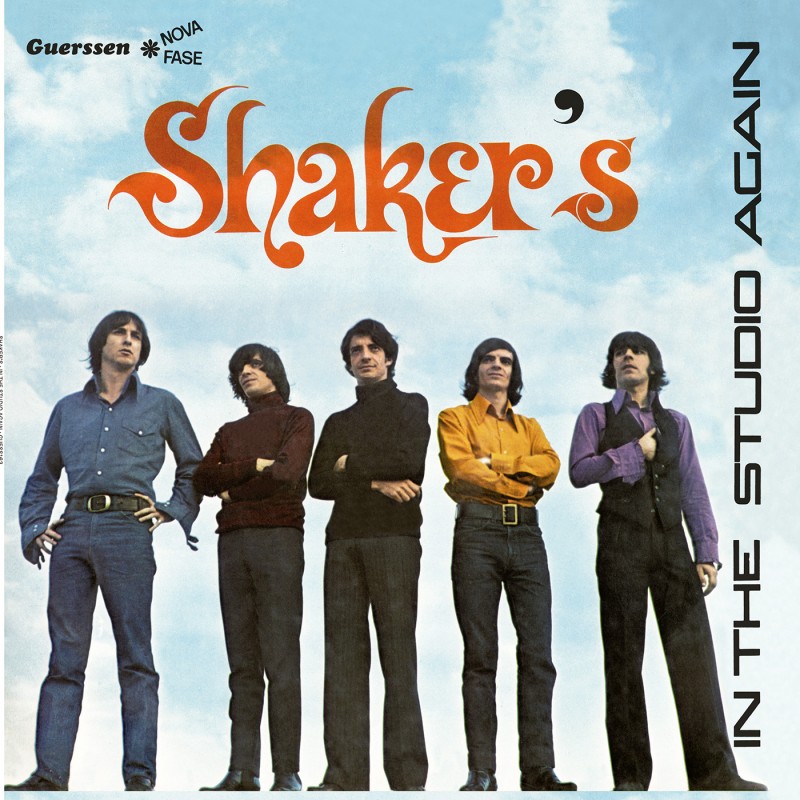 SHAKER'S - In The Studio Again

Originally released in 1971 (only in Brazil and Argentine) under the SHAKER’S name, (an idea / imposition of the record label / producer) In The Studio Again was in fact recorded by THE INNOCENTS, an Uruguayan band featuring Roberto "Pelin" Capobianco and Carlos "Caio" Vila from LOS SHAKERS plus Héctor and Carlos Capobianco (Pelin’s twin brothers) and Rubén ’Lorenzo’ Viela. These top musicians recorded in Brazil a wonderful album full of catchy songs, vocal harmonies, superb arrangements and Beatlesque / baroque–pop / proto power–pop vibes.

Featuring a collection of English–sung self–penned songs (some of them could have been easily included on Shakers For You or La Conferencia Secreta del Toto’s Bar) and amazing cover versions of Carole King and McCartney.

*Tracklist and artwork faithful to the original Brazilian edition.