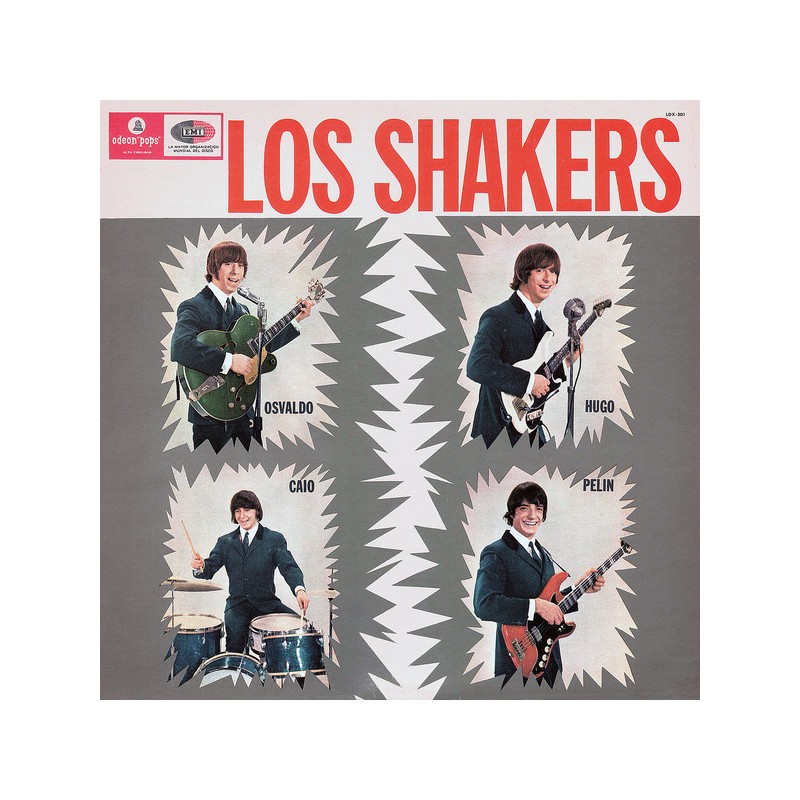 SHAKERS, LOS - Break It All

Guerssen proudly presents the first long playing record by the fabulous LOS SHAKERS, the legendary band formed in Uruguay in the mid 1960s, in the wake of the Beatlemania phenomenon.Their songs had little to envy to those of their heroes from Liverpool. Tempo, chord progressions and rhythms boiled in a magic, infectious sound!

The double LP set collects both the original Los Shakers album from 1965 (in its original mono mix) plus Break It All (originally released in 1966 for the U.S. market, featuring new stereo re–recordings of most of the songs from the first Los Shakers album and 45 only tracks).

Get ready to enjoy the songs of Hugo, Osvaldo, Caio and Pelin... Los Shakers

*Insert with liner notes in English/Spanish by Miguel Navarro and rare photos.