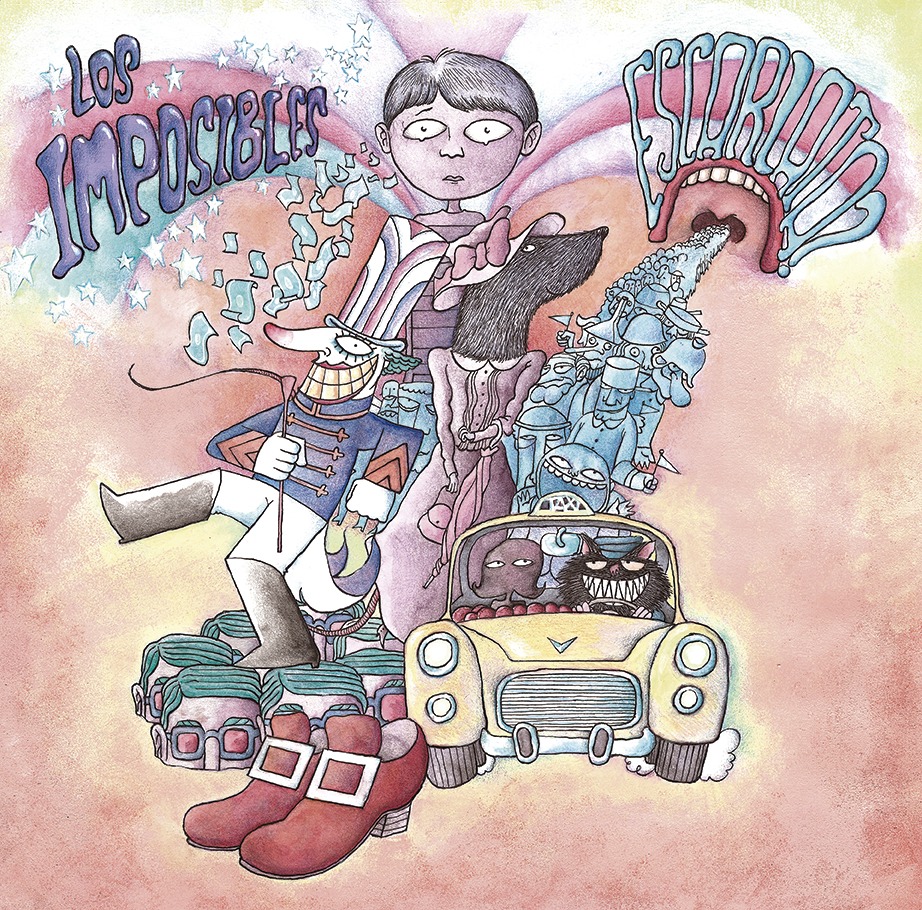 Album out 16th Sep
Pre-order with discount until 31st Aug

Raised in the world-famous Madrid rockandroll neighbourhood of Malasaña in the late 80s, these guys swam against the tide from the beginning. While everybody was into the garage revival, what they really liked was The Beatles, Los Brincos, The Byrds or The Animals... they were in love with beat, r&b and folk-rock, what could they do?

Later they experimented with psychedelia, created a delightful "poperetta" (one of the truly masterpieces of Spanish pop) and went back to roots dancing to black sounds until they decided to take a rest of 10 years! ... they came back in good shape in 2007 bringing a perfect powerpop record under their arms and entered a new phase.

About 7 years ago, lead composer Paco Poza came up with the idea of a double album that would show both faces of their soul, their black rock’n’roll heartbeats and their psychedelic sensitivity…that project was eventually split into two albums.

The most dazzling work in their life indeed. A massive album with a certain concept structure, a fine goldsmithing job full of intricate arrangements and rich layers, entangled melodies where the listener can hide and discover infinite details. This is their most ambitious album, a true masterpiece, their very own “Pet Sounds”, “Odessey & Oracle” or “Vainica Doble”