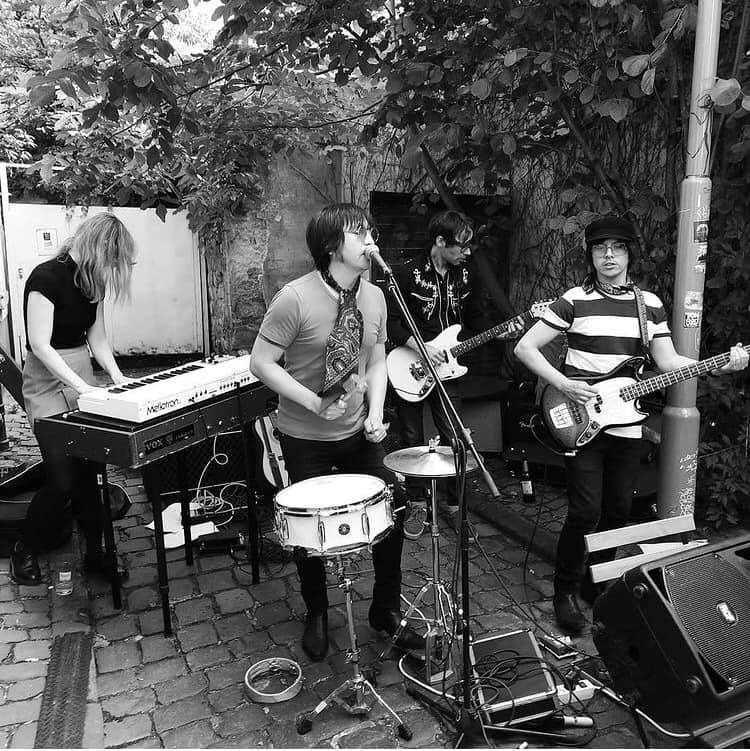 The Recalls first tour is about to start thanks to Action Weekend Events and Microsurco so it's a good moment to chat a bit with them about their latest album for Bickerton Records "There Is No End".

Here you can see the tour dates and then the interview. 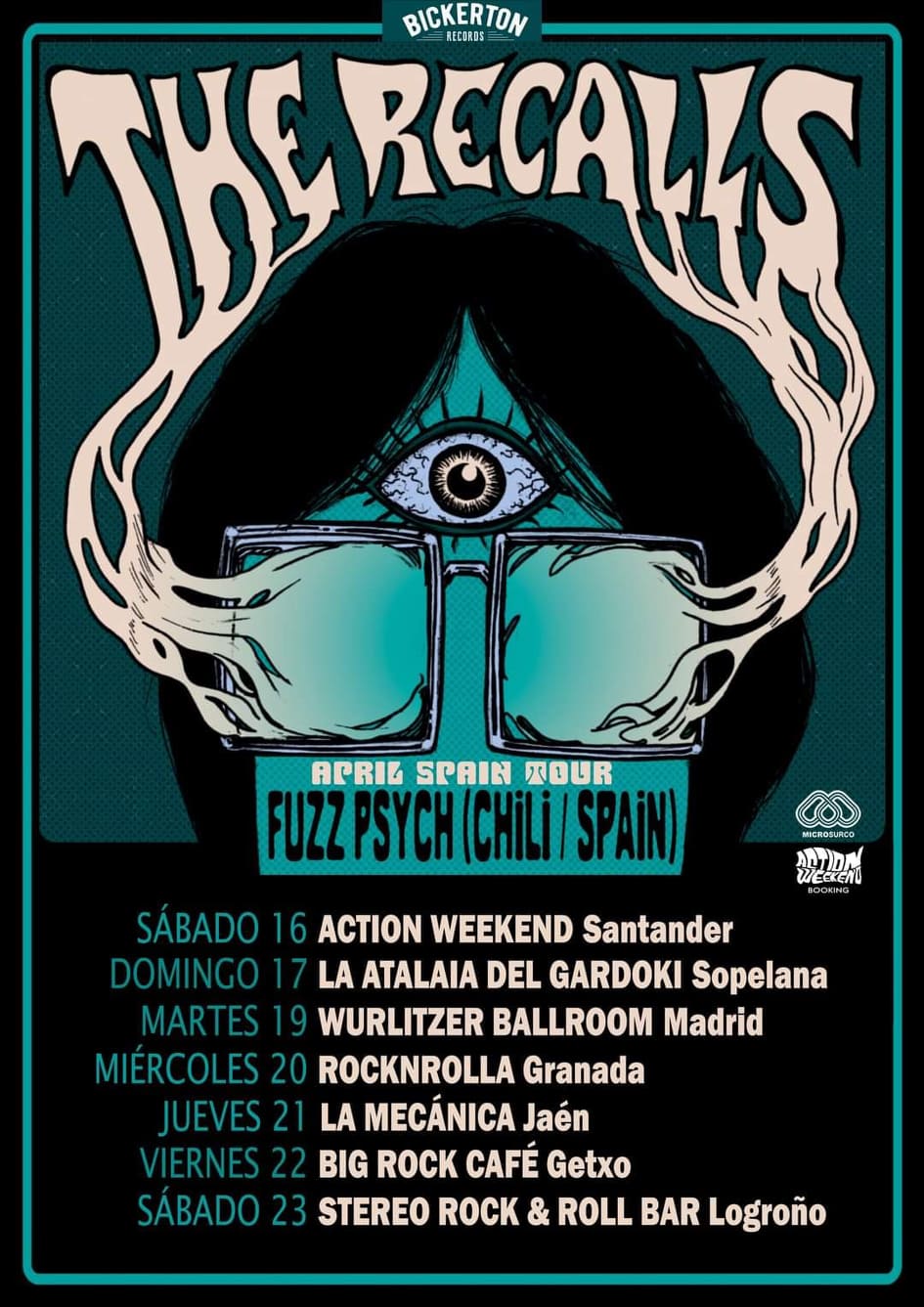 1.Tell us about the origins of the band, how is that some people from Chile and Spain end up together in a band in Germany?

Re: Jonathan (Singer and guitar player)

About 2006 I moved from Chile to Barcelona to extend my career as actor and musician as Chile is a small market. First I worked as dj and doorman at an optician’s shop while playing drums in a band and acting. Then I met my German girlfriend and we moved to Stuttgart so that’s why I’m here.

My brother Javier (bass player in The Recalls) ended his psychology studies and moved here, then we looked for a couple musicians (drums and guitars) to form a band, that’s how we worked until 2018 when we were invited to a festival in the Lowlands called “Go Wild” where we shared stage with Los Mosquitos, Momo’s band (our present guitar player).

We talked for a long time after show and we realized we had much in common so we stayed in touch until our guitar player couldn’t make it to a gig and we called Momo… and here we are.

2.Has it been difficult to grow as a band being foreigners in Germany?

On the contrary, people here have always been keen on our music and where we come from

3. You’ve already released three albums so far, what has changed in the band from the beginning?

The first album was basically made by three people (Javier, a guitar player and I). I remember our drummer then was finishing his college studies and couldn’t focus on music so I ended up recording all drums so the album sounded rawer than the following ones.

The last one is more mature though I composed it in my living room during quarantine, I later sent the demos to the others, we joined in Berlin to rehearse and then moved to Hamburg to record it.

Dennis Rux, the producer and sound engineer at Yeah Yeah Yeah Studios, where we have recorded all our albums, helped a lot in the process and grew up with us.


4. You never stop gigging; do you feel more comfortable on a stage than in the studio? What’s so good about playing live?

We enjoy both works, we love recording as well, in fact we’re already recording our fifth album.  But a gig is like drug for us, they keep us alive, full of energy, we actually have post-gig depression after each show.

5. Tell us about any glorious night you’ll never forget…

I remember a couple gigs in Frankfurt and Ausburg when the nights would never end, you know, sex, drugs & rockandroll, also our first tour in England was unforgettable.

Sure, when things were tough economically speaking, we created our alter ego The Blackbyrds. We can play four hours non-stop, covers of The Beatles, Rolling Stones, The Who, Kinks, etc…

First it was just to get some money to record with The Recalls, but then a couple of managers got us lots of gigs every weekend: birthday parties, weddings, festivals… we would not stop, we would even have more gigs as The Blackbyrds than as the Recalls so we had to cancel some and stop to play our own songs. 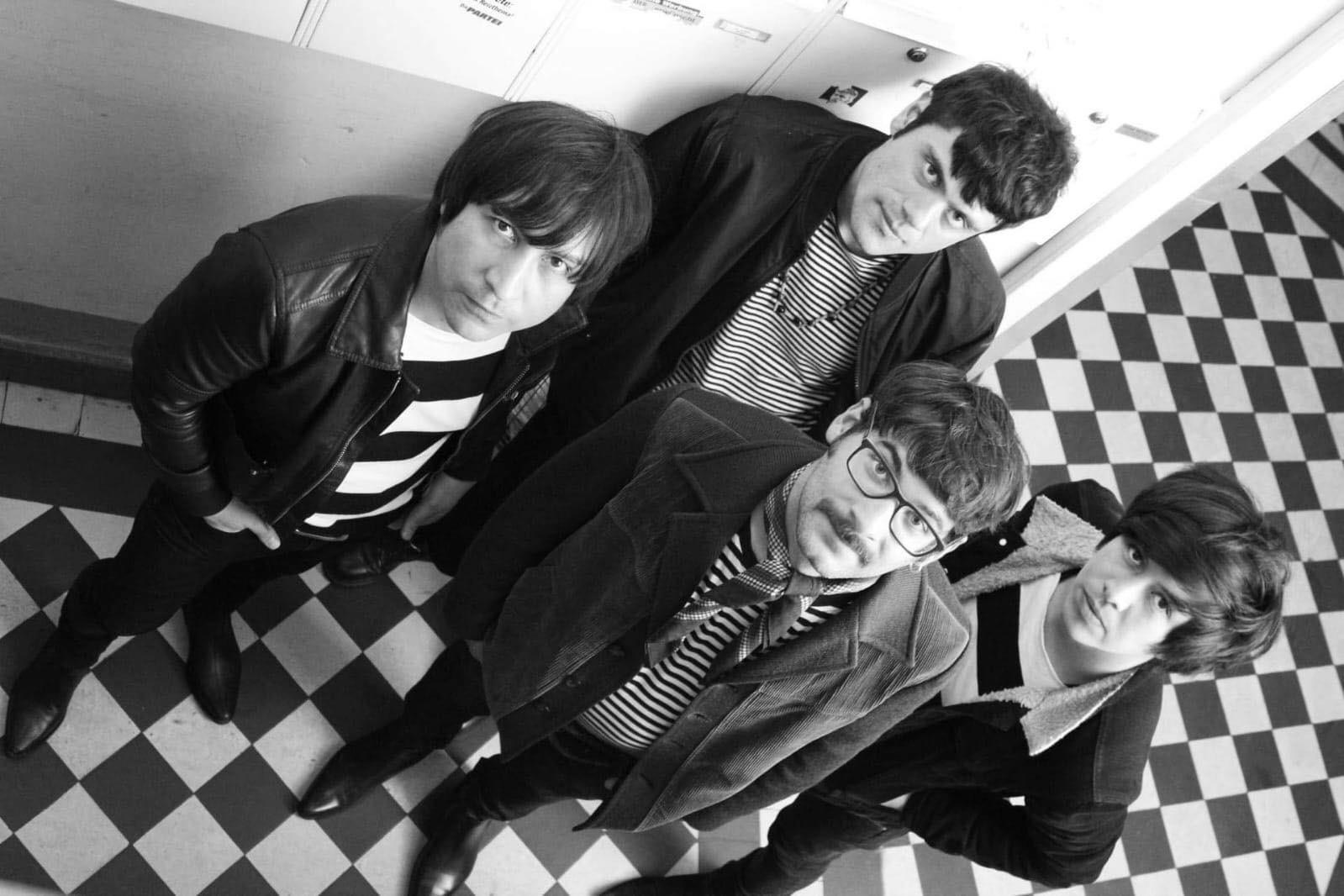 7. However, as The Recalls, you’ve never recorded a cover, right?

8. Taking into account you’re a very active band, how have you gone through this pandemic halt?

Well, up until 2019 when all this started, we didn’t have much free time, we would play every weekend (Thursdays, Fridays, Saturdays and Sundays)

Then in 2020 all gigs were cancelled and, as we could not play, we started working on our fourth album and went to Hamburg to record it. It was kind of a quarantine in the recording studio with the band… so it was really fun. A friend who’s cardiologist and also guitar-organ player in a garage band hosted us and recorded all organs for our album. It was good for both parts as she felt quite lonely during the pandemic, and then, all of a sudden she had a whole band living in her apartment ?

Anyway, despite the pandemic, we’ve had some gigs, almost one per month, live streams and some normal ones.


9. In your last album “There Is No End” there’s a clear trademark, eclecticism. We can find some sweet folk-rock scents, some dark post-rock sounds, psychedelic stompers, desert rock, garage-pop shots…

There’s a lot of influences from what we’ve listened to since our childhood until now. There was a time we listened to a lot of shoegaze rock and britpop, also postpunk but our sixties roots are always there.

10. You tried singing in Spanish for some songs you’ve uploaded to your bandcamp site, will you consider this as an option for the future?

I remember our booking agent in Frankfurt, back when we were recording our first album, he pushed us to record something in Spanish, he wanted some “Spanish tropical garage”, we did “Solo Tu Amor” which was recorded in three languages (English, German and Spanish).

We thought it was a good idea to record versions of our songs in Spanish but we never eventually did a whole album, maybe in the future.

Jonathan – I record some demos at home with my acoustic guitar and send them over to the other members, then we get together in the rehearsal room and each one brings ideas to enrich the songs.

Right now we’re composing our fourth album and we got some dates for 2022, in May we’ll tour the Uk and, if things get better, hopefully a tour through the USA as we’ve never been there…

13. What records have you been listening to recently?